An Arizona attorney discusses what might trigger a tax audit 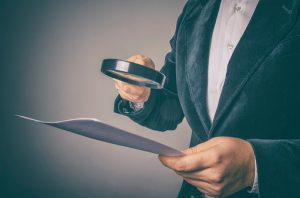 Tax audits are rare. About 0.5 percent of all tax returns received IRS scrutiny in 2016, according to irs.gov. But that's still over 1 million returns. While audits don't happen often, many taxpayers wonder if they've done anything that might trigger a letter or visit from an IRS agent.

The IRS conducts audits to determine that a person or organization has reported their financial information correctly and in accordance with the tax laws.  Any taxpayer can be audited by the IRS, but the government looks for certain red flags. According U.S. News & World Report, people with high incomes are more likely to face an examination, or IRS audit, than those who earned less.

But there are several other potential audit triggers. The following is a breakdown of some of the top reasons listed by U.S. News why the IRS might audit an individual or organization:

What to do if you get audited

Even if you triple-checked your work on your taxes and kept excellent records, you still could be audited. Some of the IRS audits are random. If you receive notification of an audit, you should call an experienced attorney at Brown, Naegle, Crider & Jensen, LLC.

Contact us today to find out how we can help you.

Arizona tax attorney Shad M. Brown has audit experience on both sides. He worked for the IRS before entering private practice. He knows how to help clients get the outcome they need if the IRS decides to scrutinize their tax returns.