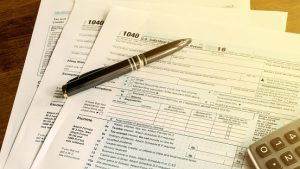 The full impact of the newest federal tax code is still being explored and understood. One thing that has come to light, however, is that it will actually raise the state taxes owed here in Arizona. This tax change more heavily impacts individuals than corporations, but both will see higher tax bills as soon as this year if our state government fails to create a new plan.

In a recent report, KJZZ explains that the two main issues are the way Arizona calculates tax debt and changes to federal deductions. In both cases, the issue ultimately traces back to Arizona using definitions and criteria set by the federal tax code. State tax is calculated based on the federally adjusted gross income, rather than the full income or a state-specific standard. Changes to the federal tax code that increase the adjusted gross income directly increase the income on which Arizona taxes individuals and corporations.

The change is expected to increase the taxes paid by Arizona residents by $15.6 million this budget year. However, with the bill already in place before the next budget year begins in July, this change will impact Arizona state taxes much more going forward. Next budget year, the state is expected to collect $222 million more than they would have under the old system, and this will increase to $258 million in the following year.

Because Arizona state taxes generally only allow deductions that are also permitted by the federal government, changes to federal deductions make a similar change in our state taxes. In the new tax code, federal deductions take a massive hit. Deductions which had been well-established, such as one for tax preparation fees and another for loss from theft or casualty, have been eliminated entirely while others have been restricted. This will hit Arizona residents hard - losing an estimated $170 million in deductions this year - but will be offset in federal taxes by an increased standard deduction, which applies to those who do not itemize their deductions.

Thankfully, our governor is not eager to collect an excessive amount of tax. In a statement, the governor's office expressed concern about designing a budget around the expected tax increases too early. Our legislators have some time to make adjustments to help save Arizona residents from a tax hike, but must be careful about how they do so. A system which continues to rely on federal numbers and definitions will be faced with a similar challenge in eight years, when the new federal tax laws are set to expire.

As our state legislature and governor consider a new way forward for Arizona, we will continue monitoring state tax laws and how to best serve our state's residents when they must deal with the Department of Revenue. Contact us today to learn how we can help you with your tax situation.